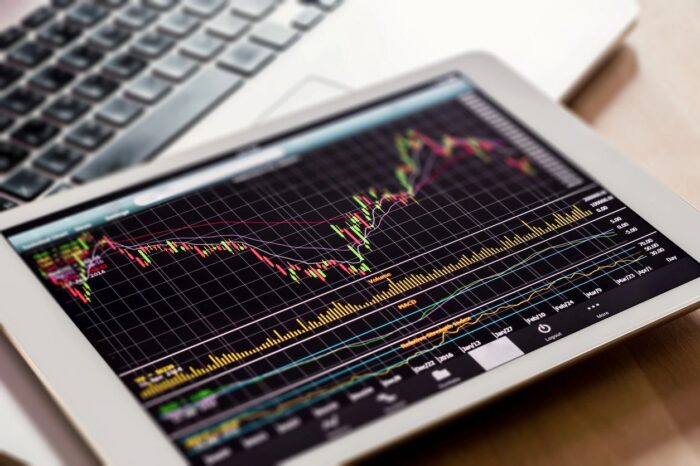 Shortly after the Internal Revenue Service (IRS) again warned taxpayers to “steer clear” of unscrupulous promoters selling abusive micro-captives as part of its annual “Dirty Dozen” listing and the IRS Large Business and International (LB&I) Division touted the success of its partnership with the Small Business/Self-Employed Division in carrying out the micro-captive “campaign,” the US Tax Court handed the IRS its third straight victory involving a small captive structure in Syzygy v. Commissioner.1 Six days after the Syzygy opinion was issued, LB&I announced the initiation of a “Captive Services Provider Campaign” aimed at ensuring US multinational companies pay their captives no more than arm’s-length prices.2 The IRS is clearly moving quickly to address tax compliance issues in the captive world.

The IRS has now obtained victories in cases involving both forms of small captives under the Internal Revenue Code: captives electing tax-exempt status under § 501(c)(15) and captives electing to be taxed only on investment income under § 831(b). With each victory in court, the IRS has succeeded in highlighting problematic program design features and implementation missteps. Going forward, IRS revenue agents and appeals officers will likely look to the deficiencies identified in the case law in resolving captive controversies.

Understanding the current state of the law regarding captives in the US Tax Court is important not only for pending IRS controversies but also for current micro-captive owners as they consider what approach to take going forward. While each case stands on its own, a thorough review of the captive program can help establish an informed basis for decision-making both before and during an audit. To carry out this review, it is important to understand the key issues that will be addressed during a captive audit. Some of the core substantive issues, involving risk distribution and whether a captive program reflects insurance in the commonly accepted sense, are discussed below.

Super Factor: Arm’s-Length Transaction. One of the most important questions in determining whether a captive can survive IRS scrutiny is a simple one: Do the coverages make economic sense? Whether the coverages are “arm’s-length transactions” is important in determining whether there is real risk distribution, as well as whether the arrangement constitutes “insurance in its commonly accepted sense.” While to date no court has addressed whether this factor might also play a role in resolving whether the arrangement should be set aside under judicial anti-avoidance doctrines, it is certainly possible that the courts could rely on the lack of arm’s-length arrangements as a predicate for applying “substance over form” or the economic substance doctrine.4

Risk Distribution. Regarding risk distribution, all three of the Tax Court micro-captive cases referenced above involved the employment of a risk pool established by the captive manager to enable the captive to insure third-party risk and (hopefully) obtain the requisite risk distribution. In each case, after analyzing the risk pool as part of its risk distribution analysis, the court held that the participation in the risk pool did not result in adequate risk distribution for the captive. If a taxpayer relies on a risk pool, the IRS will request documentation supporting the risk pool structure. This will include documentation setting forth the rights and responsibilities of the taxpayer vis-à-vis the others who similarly rely on the pool. Given the responsibilities of the pool participants, the IRS will look for evidence of security mechanisms that would traditionally be required. On top of the blueprint for the pooling mechanism, the IRS will want to review how it worked in reality and how it benefited the insured given the insured’s finances and history.

The courts thus far have reviewed captive policies from an objective viewpoint, considering policy metrics (e.g., total cost of risk and rates on line) before and after the implementation of the captive arrangement. After reviewing the various metrics, a court may consider subjective evidence to determine whether there was a rational justification for any expenditures to cover previously unprotected risks through a review of correspondence, marketing materials, etc. For example, in Syzygy, the court noted that, generally, it is fair to assume a purchaser of insurance would want the most coverage for the lowest premiums. After finding that the coverage and associated premium did not make economic sense, the Syzygy court also considered statements made by the taxpayer (which seemed focused on obtaining large tax deductions rather than putting in place a helpful insurance product), which confirmed the court’s conclusion that there was no true distribution of risk.5

Insurance in the Commonly Accepted Sense. In determining whether program transactions constituted “insurance in the commonly accepted sense,” the courts also looked to whether the captive arrangements constituted arm’s-length transactions. Here, the courts focused on whether the premiums were objectively reasonable. It is probably not much of a stretch for one to conclude that if the captive policies do not make sense (e.g., are multiplicative of commercial policies maintained by the taxpayer or that contain coverage that is arguably illusory), the IRS will conclude that the associated captive premiums were likewise unreasonable and thus, not insurance in the commonly accepted sense. Likewise, if the insured fails to pursue a claim for which the policy appears to provide coverage, the IRS and the courts may view the arrangement as something other than insurance. The Syzygy court reached the conclusion that the premiums were unreasonable with only two sentences’ worth of analysis.6 Despite the existence of a claim on the policy by the insured to the captive, adequate capitalization of the captive, and active regulatory oversight, these insurance-like traits were not enough to overcome alleged late-issued policies with ambiguous language and the lack of an arm’s-length transaction.

In an effort to avoid penalties, the taxpayer may produce an opinion letter regarding the deductibility of premiums paid into a captive program. Here, the advisor should review the terms of the opinion as well as all other communications, including marketing materials, that might impact the usefulness of the opinion.8 Further, the advisor must be cognizant of the fact that a written tax opinion will not protect a taxpayer from the accuracy penalty imposed with respect to a transaction lacking economic substance, even if the taxpayer relied on that opinion in good faith.9

The captive audit may start as a result of audit of another issue and then blossom into a captive audit or may be initiated solely due to the captive deduction itself. Over the last 2 years, after the § 831(b) micro-captive transaction was designated as a “transaction of interest,” the IRS has obtained a wealth of information from captive owners and captive managers, both from required filings regarding reportable transactions (Forms 8886, Reportable Transaction Disclosure Statement, and 8918, Material Advisor Disclosure Statement) and section 6112 list maintenance request to captive managers.

A captive audit will often involve intense questioning via Information Document Requests10 issued to both the captive and the insureds.11 In some cases, the insured taxpayer may handle responding on behalf of the captive as well as the insured party; in other cases, the captive manager or a third party may respond on behalf of the captive. Here, it is critical to understand potential ethical issues, as well as the degree of control the taxpayer has over the captive for purposes of consistency in providing the IRS the information it is entitled to receive under the Internal Revenue Code. If the requested information is not provided, not only will this likely result in summons enforcement proceedings (assuming the taxpayer can actually provide the information12), but the taxpayer should also be cognizant that any information not provided (perhaps for strategic reasons) may ultimately have to be produced in subsequent litigation challenging the IRS assessment. If critical or important documents are withheld and only surface later in litigation, then the taxpayer’s good faith may be put in question.

Simultaneous with a tax audit, the advisor must be aware of and address numerous ancillary proceedings, such as issues related to state taxing authorities, civil proceedings involving service providers in particularly weak programs, as well as the exit of a small captive program.13 For example, the taxpayer may be interested in civil remedies, joining a class action, or seeking relief in arbitration.14 Consequently, the advisor will need to carefully review and monitor the flow of information, as it is being requested in different settings, utilized for different purposes, but ultimately for the benefit of the taxpayer client. As an example, a failure to review and monitor communications may lead to tax counsel making statements to the IRS in a tax audit that are wildly inconsistent with statements made by plaintiff’s counsel in pursuing a claim against a service provider. In sum, a captive tax audit may become an incredibly complex process that involves managing numerous moving parts.